First Month Living on the Hard

January 09, 2020
Well, I have now been here one month...arriving December 9.  After I determined the ‘leaking’ water tank isn’t actually leaking?  Or so it appeared and I’ve yet to take the floor access panels up to have a look roughly 3 weeks after discovering it’s not really leaking, at least not enough to be a concern.  Soon I will have a look.  Next I removed the boat name vinyl lettering and prepped and painted the areas on either side of the bow and discovered I’d made a mistake not to bring enough yacht enamel to do the whole hull toe rail to bottom paint. 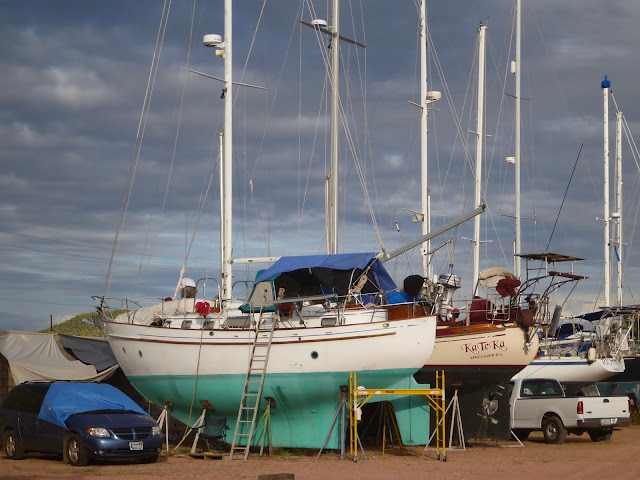 Then I heard about a woman in Tucson who has various boaters needing boat stuff send it to her and she brings it down.  I’ve ordered a gallon of primer/undercoat and two gallons of yacht enamel and a few other things.  2 packages have been deliver a third might not get there before her next trip down.  That’s ok as I might also order a quart or so of a colored yacht enamel I recently discovered.  Epifanes makes a yacht enamel in quite an impressive selection of colors.  I plan to change the color of the decorative blue stripe that’s actually in the gel coat otherwise I’d likely just do away with it.  I guess it looks nice and I’ll add a matching boot strip the boat currently doesn’t have. 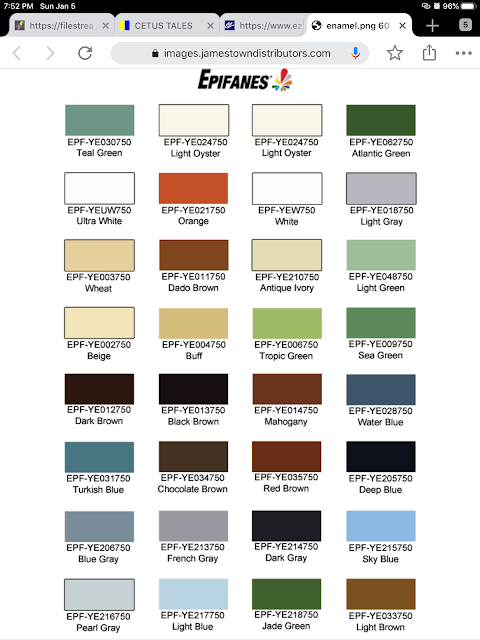 Of course organizing is ongoing and I’ve reorganized what I’ve recently organized.  I’ve installed one V Berth reading light Replacement and will do the other in the morning while it warms up.  It was a coolish 46 degrees this morning.

I’m currently going around the vessel just under the teak toe rail to fill voids in the laminate.  I’m not sure why perhaps from a period of time Maintenance was neglected?  I estimate about 5 more days doing that...

I’ve glanced at the task of removing the propane on demand water heater and it’s venting.  Then I’ll be totally redoing the propane system to the galley stove.  I’m currently using a little electric burner.  I must attempt to replace the new ring clamp on the Whale gusher manual bilge pump..  Another task I dread as I know it’s not going to go well?  Then I have two new fans I plan to install and running the new wiring and connecting to the DC panel will be challenging. 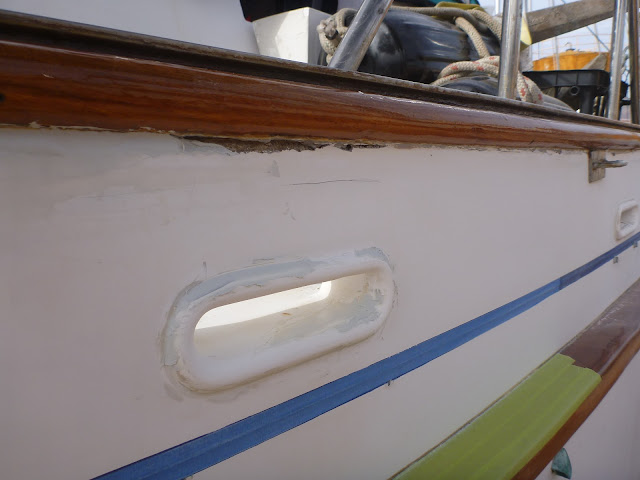 I had a couple yard neighbors help me take my dinghy down using a halyard.  Then I used the little hoist boom to lower the outboard.. I’m planning to sell both and get something smaller.  I can hopefully do that here..  That’s what every body here tells me.   I’ll post on some sailboat items for sale on Guaymas and nearby place Facebook groups.  But what to ask?  Was offered $500 for the a Yamaha 9.9 hp 2 stroke in La Paz.. I wish I’d sold it.  New ones that size are listed for $2,500 to $3,000.  That model Zodiac dinghy new is listed on defenders for $3,095 but it’s a 2016 year model, although brand new..  I’m not sure how old the dinghy is.  The seller seemed to say 2015..bought in San Francisco.  Any comments on price to ask feel free to comment.. 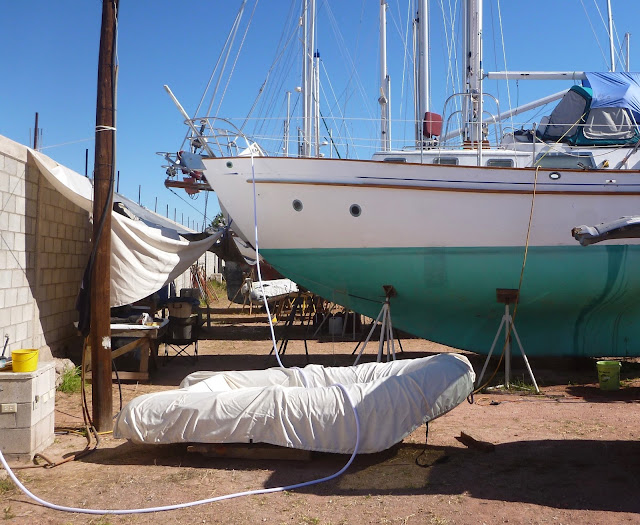 I also hope to sand and varnish the floor in the aft cabin it’s in pretty tough shape.  I’ll likely do the same to the head floor?  I’ll likely sleep in my tent during that project and use the aft cabin mattress too.  I’d like to take a closer look at the under berth storage that is taken up with the water maker system?

I already know I’ll not finish everything on my list by the time I must return to Duluth...

The new tenants who replaced my second tenant back in late April ended up being the kind you are always warned about when you tell people you rent out your home.. The lease doesn’t expire until May 18 but I may end up beginning the eviction process in February if they remain arrears one months rent.   That began with October rent not being paid until November 4 and again and again he has been arrears on rent one month.  I suspect he realizes I’m not going to renew the lease with them and plans to short me a months rent.. maybe two by then?  Anyway I’ll head back within the first week of April.