Dawn of a New Year

It was a coincedence to end up spending New Years at FlutterBy House next to Marino Ballena National Park.  Nothing has really been planned concerning my Costa Rican travels other than where I’m heading next.  Tomorrow, 1/3/2019 I take the bus a couple hours for my 3 plus weeks at the Finca Bella Vista Treehouse Community.

I had a pleasant New Years despite being alone.  I took a nice walk out to the whale tail for which the National Park is named.. I was amongst an exodus of many others.. The walk ended with a beautiful sunset.  After a shower and dinner I talked with a few groups of people.. most were trying to decide if they would go to a party on the beach or the one in the small town of Uvita?  The sinks along one end of the bathhouse building had women lined up putting on makeup.. to go to an outside party in the dark... Anyway I kind of expected the FlutterBy House would be a scene of a party but it was not and even the kitchen closed early. People who know me know, I’m not much of a drinker.  Oh, I love my water, coffee and natural fruit juices and I will have a beer of some wine or even a rum drink to be sociable but only one or rarely two.  When I think back on the celebrations of New Years in my life I remember the ones spent in a place of nature.  Certainly I’ve drank too much and stayed up until midnight in the past but it’s been a very long time.  I remember going on moonlit skis with friends on the New Year’s Eve but more often the New Years day ski..  Some of the most pleasant memories are the times winter camping out in a nice little canyon on on the Kadence River.  In other words.. I’ve developed a well defined preference for experiencing nature on the dawn of the New Year rather than missing it because of the party?  🎉😳🥳🍻😴 .. But, mostly I just don’t like the taste or the effects on the body?

After a very long multi topic conversation with a woman from Colorado also staying in the treehouse dorm and one of the very few at FlutterBy House totally avoiding the typical New Years celebration.. I was in bed by 10:30 and up at 5:00 am...50 minutes before sunrise.  As I walked the 500 meters to the beach, the sounds I heard were of howler monkeys and countless birds, none of which were roosters. 👍🏻  Once waking out on the beach the only sound was of the surf.  The sky was dominated by the moon and Venus. 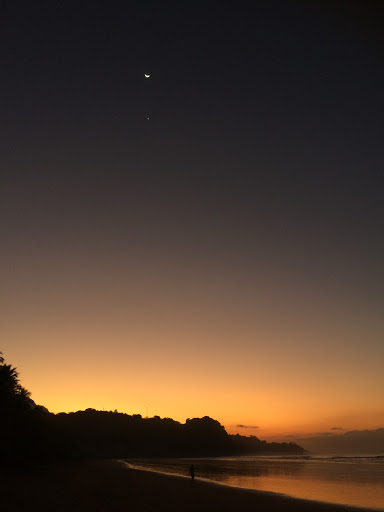 I walked to a little creek flowing out of the jungle and spent quite a bit of time there watching the birds... 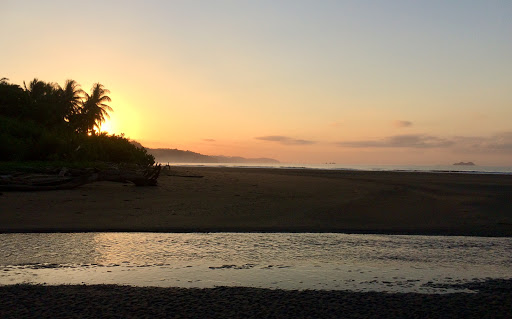 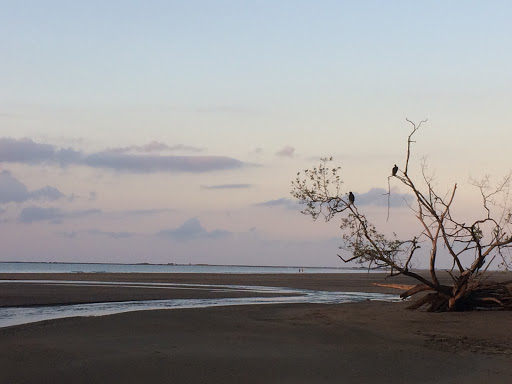 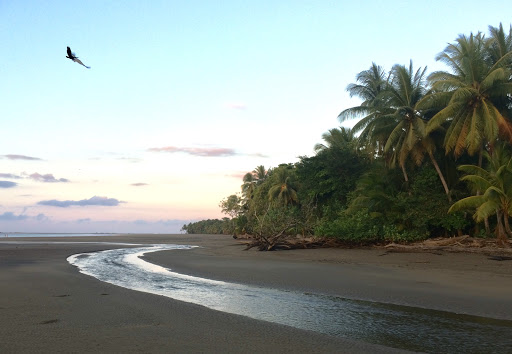 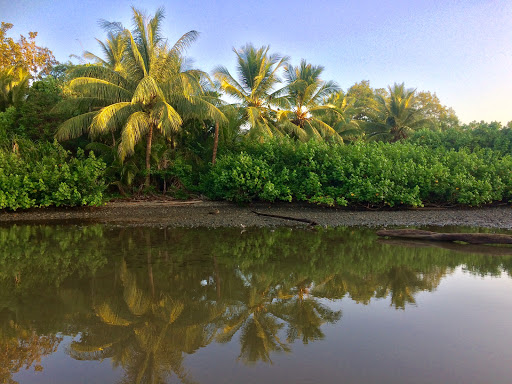 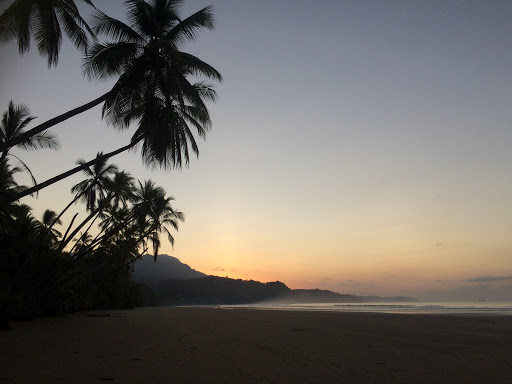 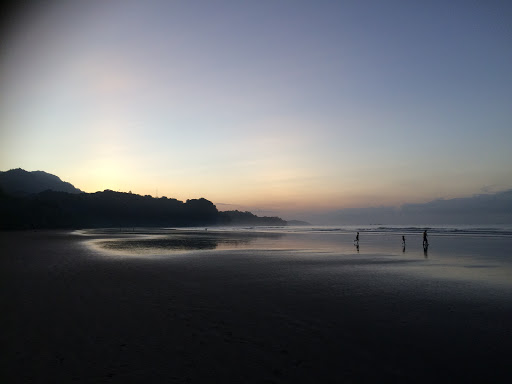 After breakfast I decided to walk up to a waterfall swimming spot they talk about here.  It’s about a one hour walk. 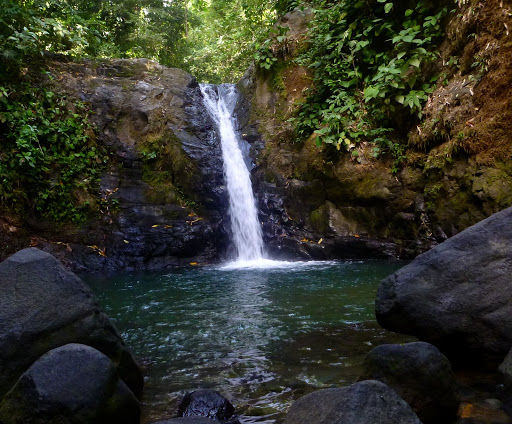 I got back to FlutterBy just after 11:00.  I overheard the usual conversations about how much fun they must have had last night based on how they felt that morning.