I arrived to FlutterBy House in Uvita, Costa Rica about noon on December 30.  I’ve been relaxing but have taken a walk for the sunset each evening.  I stayed at this hostel back in February of 2012 which was when I first traveled on rental income in winter.  Flutterby House used to call itself,  FlutterBy .. Hostel by the Sea.  It was 4 years old back then as this was the 10th anniversary.  It was started and is owned by 2 sisters from California..  It has a good vibe.  Things have changed since 2012.. it’s still a cool hostel but I kind of liked it more before.  It’s at a great location on the edge of Marino Ballena National Park... named after the ’Whale Tail’  tomobolo formation.  There are humpback whales in the area as well and tours are of course offered.  Back in 2012 I saw whales spouting a couple times well off shore but nothing this time.  There were a lot more people on the beach than 6 years ago.  Also, more other hostels and some new private homes.  One corner lot that had been for sale in 2012 was well forested with many large trees several big enough to make a treehouse in as well as several large fruiting mango trees..  That same lot 6 years later is no longer for sale but rather than a fancy new home being built amongst the trees... it’s been clear cut?

On New Years Eve.. I took another sunset walk but left earlier and went alone.  I walked out to the Whale Tail, along with the exodus of others people.  It needs to be low tide to walk out on the whale tail.  It’s so nice to walk along these beaches that are part of a National Park with the natural appearance rather then the many beaches dotted with homes, hostels, bars and restaurants.   It was a pleasant evening taking photos. 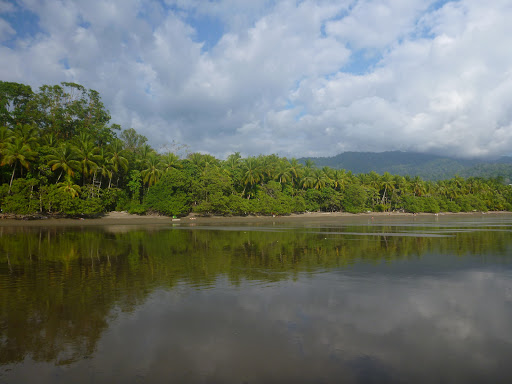 Playa Uvita is a broad fine sand beach and at low tide reflections are as if it’s water not simply wet sand... 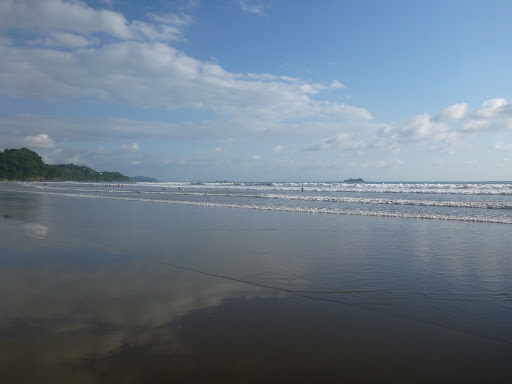 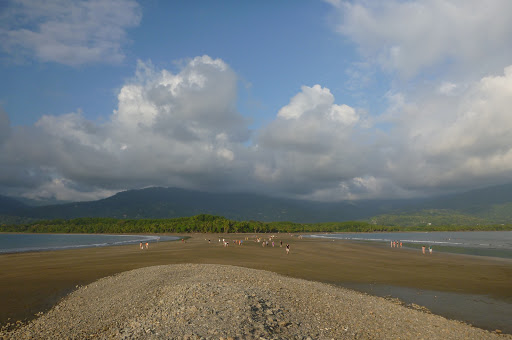 Here you can see the tombolo formation.  A rock reef parallel to the shore makes up the ‘tail’ and causes waves to break and curve around.... carrying sand out and eventually creating the tombolo. 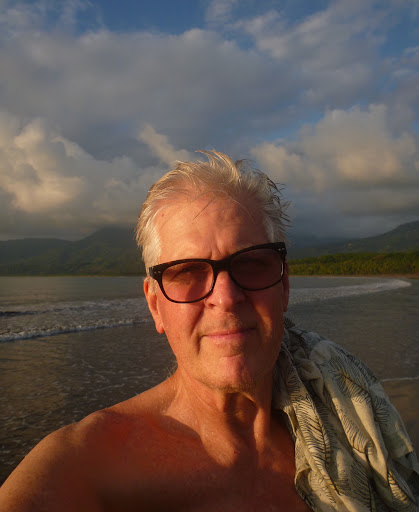 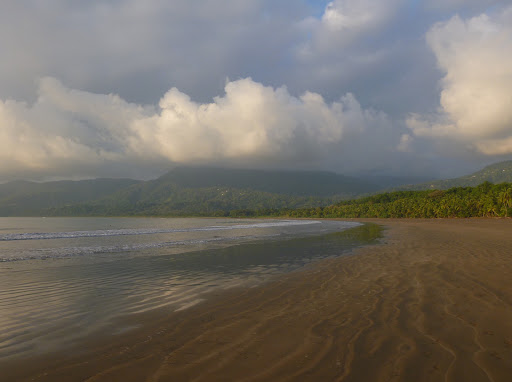 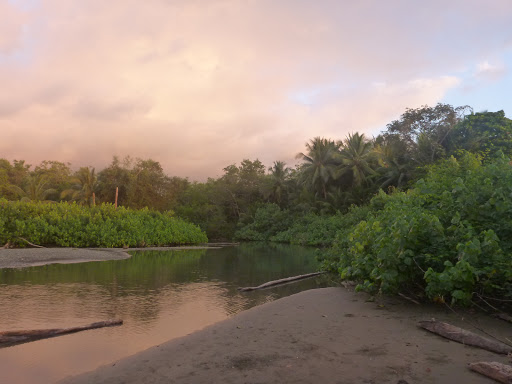 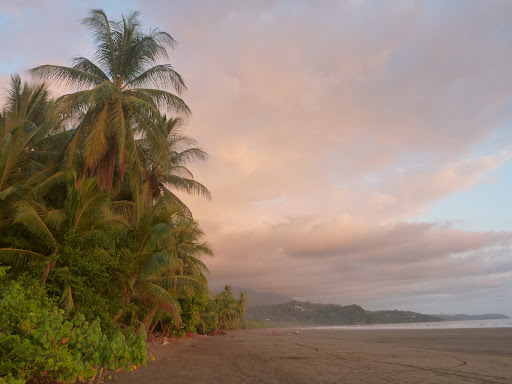 And then sunset over the Pacific 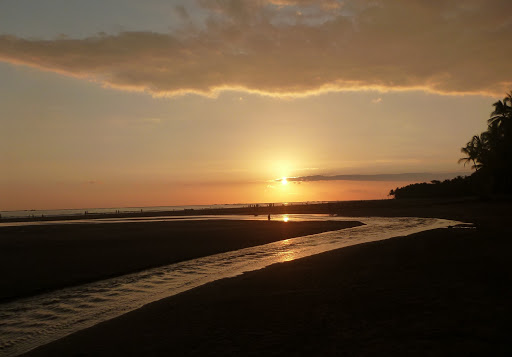 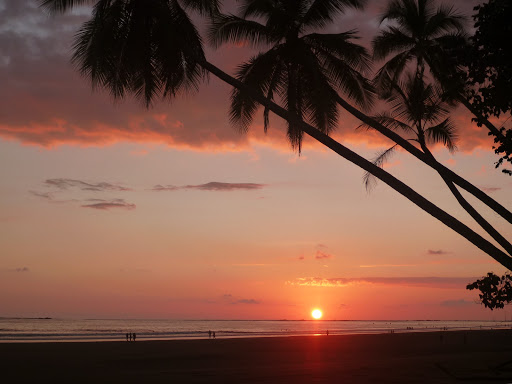 Dinner solo .. The night before I sat with 2 women also in the treehouse dorm....Heidi from Germany and Anna from Norway but they both left the next morning destined for the Oso Penisila.  Heidi had bought a bottle of wine and told me to claim the not quite half full bottle the next evening. 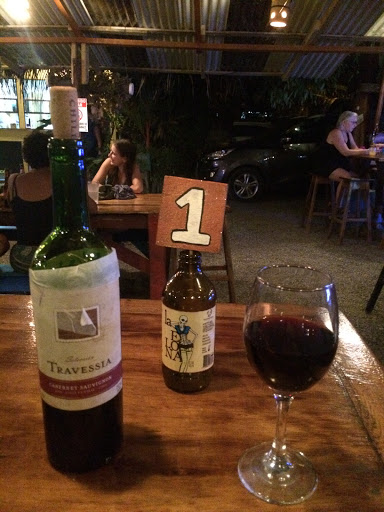 I typically drink water, coffee or juice but the wine was good.. the number ‘1’  is to deliver my dinner.. It seemed appropriate as I was certainly the only one eating solo.  Afterwords I sat in one of the lounge areas and talked with a bunch of US women working on some sort of social program in San Jose.  They were on a break for New Years.. They were all talking about going to some outside party on the beach I think.  They were drinking at the ever popular New Year’s Eve rate.. but also eating.  Even Flutterby shut the restaurant down early so I know it would be quite here..  I had a nice talk with another woman who had been in the lounge area as well but was not interested in the normal New Years scene..  She was from Colorado and alsomin the treehouse dorm.  We were sitting in the hanging chairs under the treehouse..  A third woman also not planning to stay up late had snuck into a hammock behind us and heard our long multi topiced conversation.. I went to bed at 10:30 pm and was up at 5:00 am to celebrate the dawn of 2019.

Still not quite dawn...howler monkeys and birds were the sounds I heard as I walked down to the beach...