Well I guess I’ll post again.. although I’m not sure it’s worth it.  Really, I started blogging about 2012 so my dear old (now deceased) mom could keep up with what I’m up to, such as volunteer crewing and other travels.  I had gotten her an iPad and subscribed her to my blog.  She enjoyed getting my emailed blog posts even though I was not sure she ever remembered to click the link but more likely just read the email and looked at the photos in the post.  As she grew yet older, she lost her ability to use the iPad so was much more isolated from my travels.

I was not impressed with Jaco..and didn’t do much other than take a swim in the surf and hike up to a overlook of the beach with some other hostel people.  We got to one spot but knew there was something more impressive.  I continued on at a faster pace than the other 4 but took a wrong turn.. I climbed and climbed but saw no structure painted with a mural..  Back at the hostel I learned the others had found the mural painted structure and I’d missed out.  Oh well.  Here is what I saw. 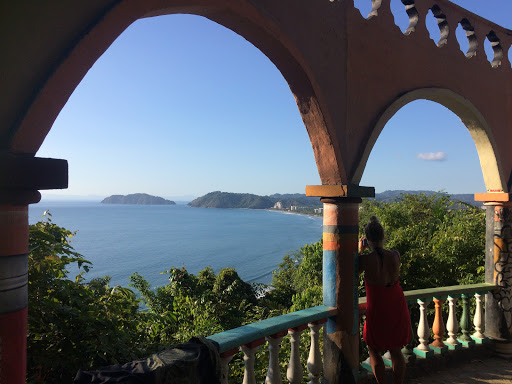 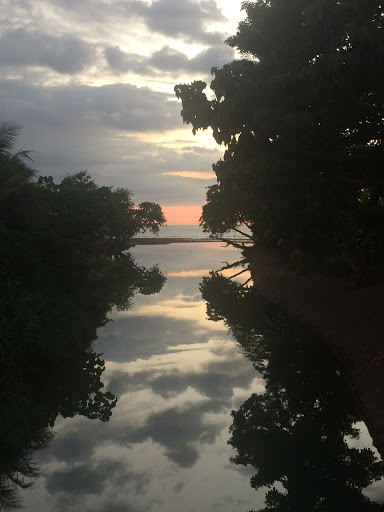 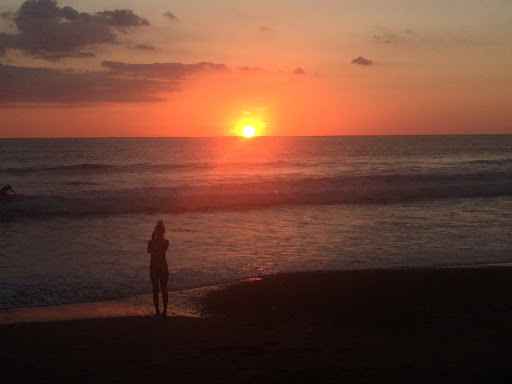 I’d been drinking plenty of tap water in Costa Rica having been told it was fine.  I filled my water bottle in Alajuela, La Fortuna, Santa Elena and the build site of Ceiba in Punta Morales....with no problems what so ever.   I left Jaco on the 26th and the next morning I woke feeling kind of ill.  I went to the bathroom and had diarrhea and felt lousy.  After a couple more hours of sleep I went and had the continental breakfast they offered at Wide Mouth Frog Hotel in Quepos.  I went up to an upper lounge area to research future travels.. bus routes etc.  It wasn’t long before I felt ill again and had to go to the bathroom with more diarrhea.  I had been in a single private room with shared bath the first night as the dorms had no vacancies that first night.  I had packed up my things and was waiting for the dorm to have a free bed..  I felt so lousy that with the door open for cleaning of the room I had been in, I laid down on the floor.  House keeping sent the receptionist to talk to me and she got me a bottle of water.  She said just rest and she’d let me know when a dorm bed is open.   I finally got in the dorm bed and slept again..  I had my eye on the trash can in the dorm as I thought I might also have started to throw up 🤢  but it was only burping..   Later I went to talk to the two women at reception and discovered they were both from Jaco.  They informed me it’s one of a few places were the tap water isn’t safe to drink at times?  I slept all through the day and night and felt close to normal the next morning. 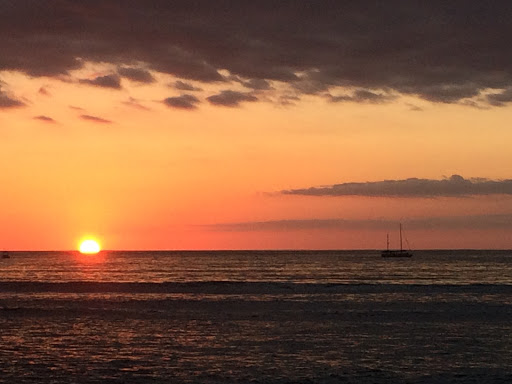 There’s a new resort marina complex in Quepos which was maybe only being promoted 6 years ago when I was last here.  Marina Pez Vela is a marina with upscale lodging, bars, restaurants and shops.  The marina had 2 sailboats and the rest were fishing cruisers.. with over half of the boat slips empty.  There were 2 mega yachts.  I checked the website being curious of the slip rates.. A 40’ boat would cost over $1,000 a month or by the day for $120.  Fishing for Marlin and Sailfish seems to be the thing all along the pacific coast of Mexico and Central America. There were promotions of several annual fishing tournaments.

I had planned on going to Manuel Antonio National Park that first full day here in Quepos, figuring it would be the least crazy we’d.  Well today it was the Saturday between Christmas and New Years and I decided to take the shuttle bus to the park knowing it would be crowded.  There were a crazy amount of cars, vans and buses..  I stood in a line to get the $16 entrance wrist band that had over 100 people in front of me.  After the line moved maybe 3 feet in 20 minutes I decided to skip it..  I walked around the beach a little then took a shuttle back to Quepos. 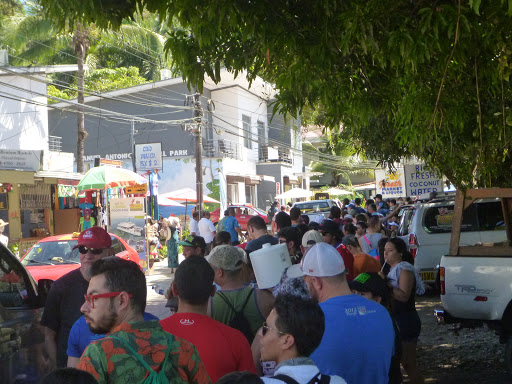 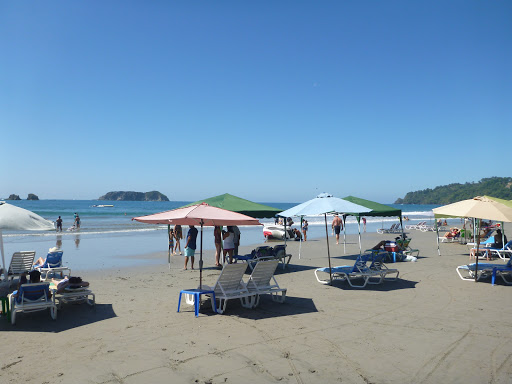 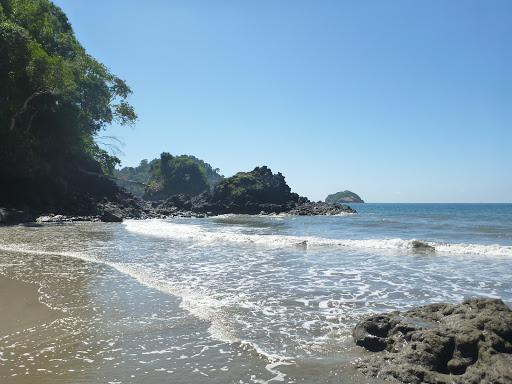 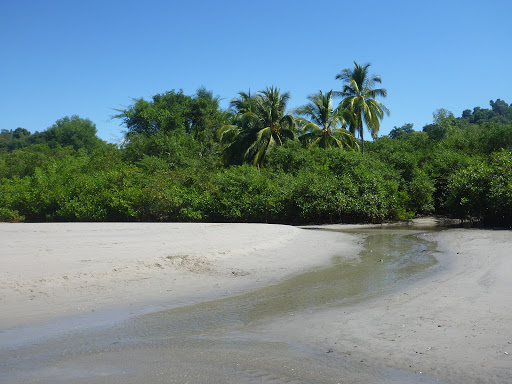 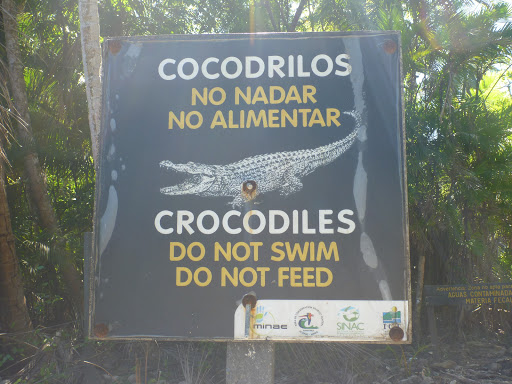 Tomorrow I’m off to FlutterBy Hostel in Uvita where I’ll spend my New Years... I wonder how it’s changed in 6 years?  I rather liked it back in 2012.