December 19, 2019
Now that I’ve discovered my tank apparently does not leak to any bothersome degree, I can get more into projects.  Actually I’ve begun a few projects as I was incrementally filling and checking for leaks of the water tank. 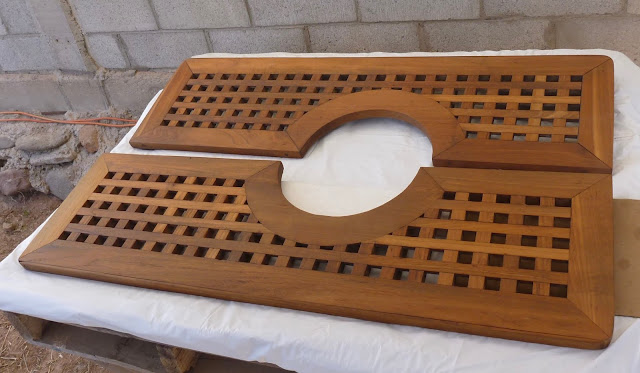 I’ve finished restoration, cleaning and applying teak oil to the two teak cockpit floor panels.  I also cleaned the cockpit floor under them and tested the 4 cockpit floor drains.  Both to see which thru-hulls they drain to and to check for any leaking into the boat possibly contributing to the suspicion of the tank leaking.  All seems good, no interior leaks were found.  Eventually I’ll clean, restore and oil the teak cockpit seats.  This must be done in place and only one side at a time so the companionway is accessible.  Perhaps I’ll do the cockpit seats in conjunction with revarnishing the floor of the aft cabin and head.  I’ll set up my tent and sleep there a few nights.

I also screwed in place the vessel’s coast guard documentation number plaqué.  It’s supposed to be permanently installed but I decided not to use adhesive in addition to screwing it in place.  I crewed it in 6 places in the routered numbers.  A ‘V’ router bit was used to router the numerals.  I still need to cover the crew holes with acrylic caulk and paint to match the green numbers.  With no screws visible it will seem adequately permanent I think. 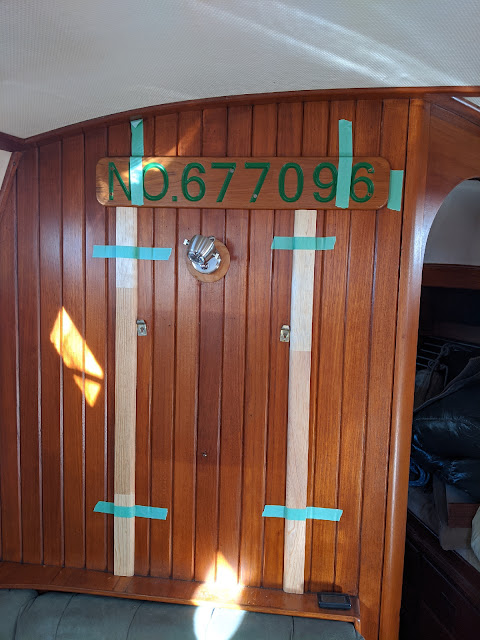 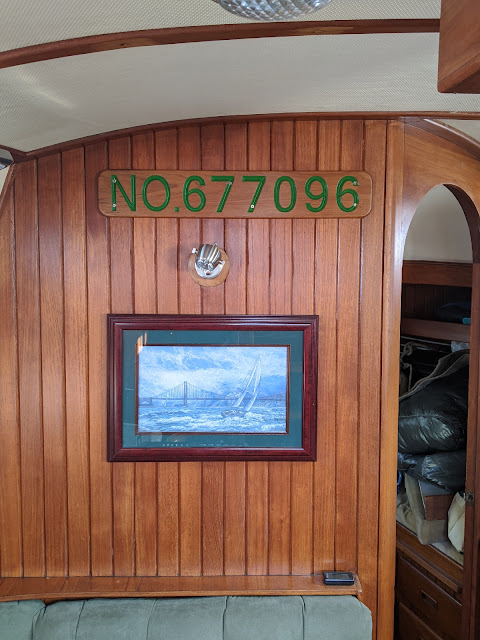 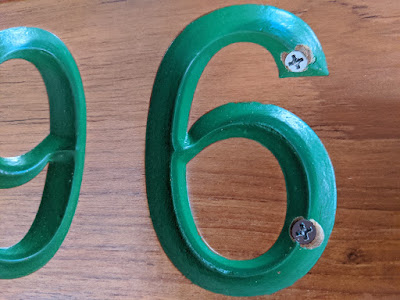 Next, I’m going to start on the
removal of the previous boat name lettering and preparations to apply the new boat name vinyl letters.  I actually began that project today on the port side.  I’ll do the renaming simultaneously with other projects.  Primarily the never ending task of going through the entire boat and getting rid of all the junk I don’t really need.. (until I need it .. haha).  I’m starting in the V berth to make some space for future crew to put their stuff.